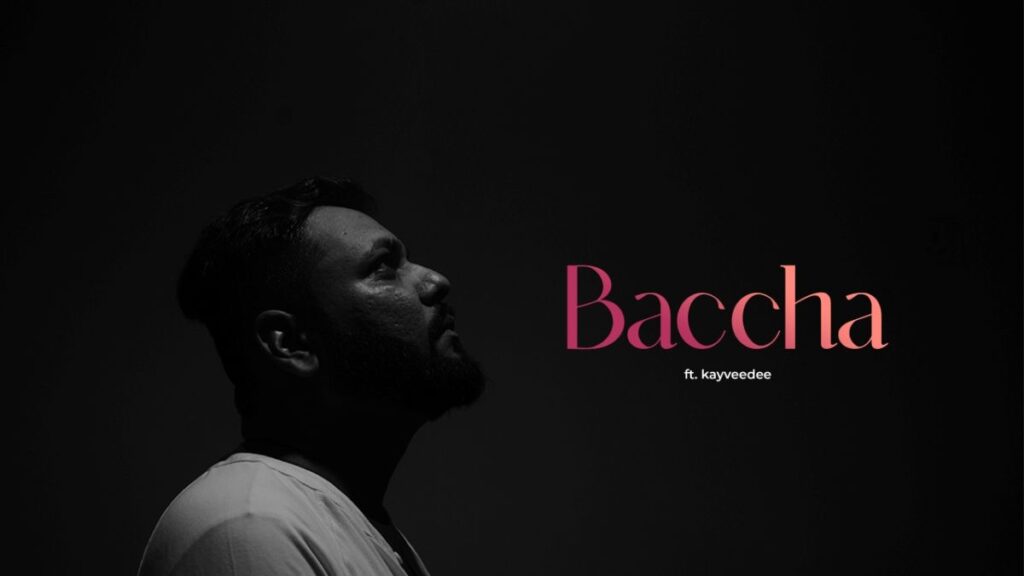 Kolkata (West Bengal) [India], December 22: The renowned hip-hop artist Kushan Vijaykumar Damodar, popularly known by his stage name KayVeeDee, has recently released a track titled “Baccha-the Kid.” Marked by the artist’s unique voice, the song, inspired by the artist’s own life, poignantly explores the nuances of growing up and the dynamics of the parent-child relationship. Within a short period, the song has garnered over 21k streams on Spotify as well as more than 60,000 YouTube views.

True to the genre of hip-hop and much like KayVeeDee’s repertoire work, “Baccha-the Kid” is inspired by the artist’s real-life experiences. He conceived of the song’s theme when, during his commute to work, he overheard a woman speaking to her son over the phone. The woman’s coddling address to her adult son, who is about to get married, made the singer wonder about the essence of the parent-child relationship and the changes people undergo on the way to adulthood.

“I am extremely elated by the response my song has gotten,” he said, sharing his enthusiasm for “Baccha the Kid.” The inspiration for the song came to me one day, on the way to work, when I heard a mother speak to her son as if he were a child. From the conversation, it was clear that he was soon getting married. This made me wonder if ever the relationship between our parents and us changes, even when we get older.”

Born on May 10, 1984, KayVeeDee grew up in Mumbai, where he pursued his B.Com degree at VES College, Chembur. The thoughtfulness of “Baccha-the Kid” can be seen throughout the entire body of work by the artist, who, being an introvert since childhood, prefers to let out his innermost thoughts on paper. The artist claims that he had within himself the rhythm and emotions of hip-hop, and it was only a matter of time before they came out as songs.

After the phenomenal success of “Baccha-the Kid,”  KayVeeDee has busied himself with his upcoming song “Dur Khadi Kyu Paas Tu Aaja,” for which he, yet again, has drawn from his intimate feelings.