Having Travelled on Local Train to Gaining Fame as an Actor at a Very Age of 28, Sushil Shah has Carved out a Niche in Gujarati Film Industry 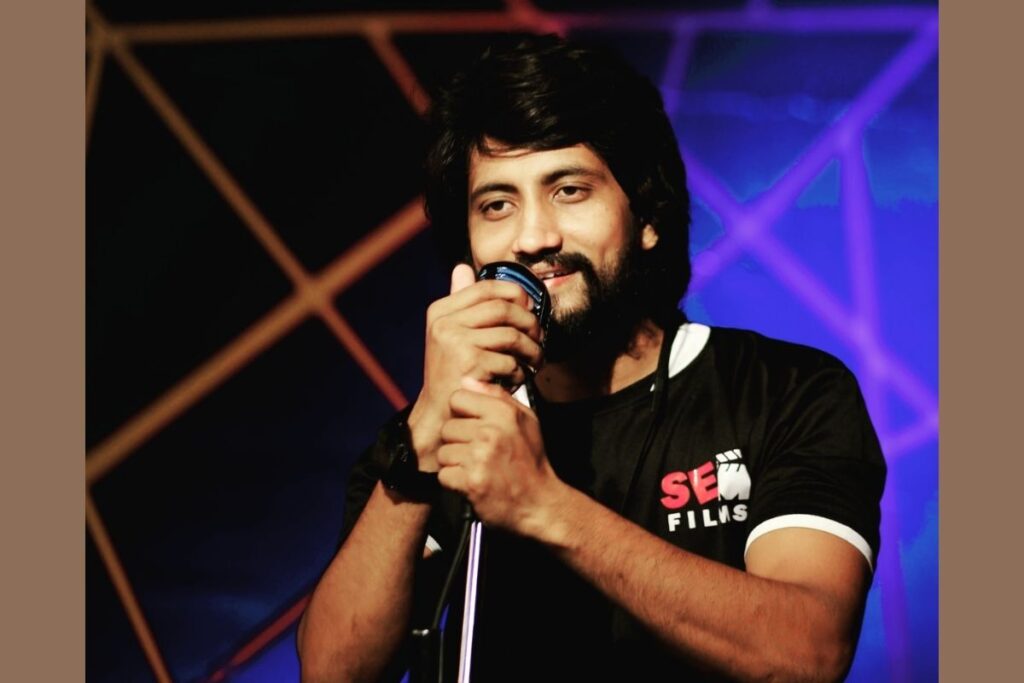 Sushil Shah Garnered Success as an Actor-cum-Director at a Young Age that Scarcely Anyone has Ever Achieved in Bilimora of Navsari District.

July 6: Having Travelled on a Local Train to Gaining Fame as an Actor at a Very Age of 28, Sushil Shah has Carved out a Niche in Gujarati Film Industry. Sushil Shah Garnered Success as an Actor-cum-Director at a Young Age that Scarcely Anyone has Ever Achieved in Bilimora of Navsari District

From commuting on a local train to gaining profound popularity at 27 in the Gujarati film industry, the life of an actor and director, Mr. Sushil Shah, is no less than a gripping film story. He was born in the small town of Bilimora in Navsari in1993. His father, Ashokbhai Shah, ran a small coal business. However, the situation was such that they had to live in a rented house. The first step in his education started with attending a government school, and he decided to pursue a career in acting from the very platform of his school.

He started participating in all the competitions related to acting in his school. Ever since then, people have been praising Sushil’s acting skills. During his 10th standard, he used to give auditions and tried his luck so much so that he had to face some bitter experiences, too. Alongside acting, he was also a scholar student, so he stuck to his studies quite well initially.

After completing 12th, he secured admission to Government Engineering college in Palanpur. Still, his dream was to become an actor and director, so Sushil left for Mumbai- the city of dreams. He underwent six months’ training in the institute of a veteran Bollywood actor Anupam Kher. Ever since then, he started getting breakthroughs bit by bit with the help of his talent.

He worked as a lead actor in Crime Patrol for eight episodes. He also got other roles besides this. His acting career was taking off, but unfortunately, he was deeply saddened by the news of his mother’s death. After a short interval, he resumed acting in Mumbai. In about two years, his father died. So he had to leave Mumbai and return home. It was so disheartening for him to lose his parents at a young age and he was deeply shocked.

However, he didn’t let his grief overpower his interest in acting. He got a break in the Gujarati film industry in 2018 by working on an album by Raghav Digital, ‘Patel No Dikaro’. After that, he worked as a lead actor in three other serials. In a short span, he worked on about 250 to 300 album songs, wherein he boasts of working as an actor-director in as many as 100 albums. Apart from this, Sushil Shah will be in a lead role in the two upcoming Gujarati movies. Thus, the journey of Sushil Shah has had many highs and lows. From travelling in a local train to gaining fame all over Gujarat as a well-known actor at the age of 28 seems like a reel life story. And he made it despite many hurdles.

Sushil Shah said, “Now my goal is to stay in Gujarat and take the Gujarati industry to a new destination. The aim is to bring Gollywood to a different stage of entertainment. That’s why I’m also focusing on direction alongside acting. Having been engaged in the Gujarati film industry for over three years, I’ve decided to work on more movies so that the influence of the Gujarati industry shall reverberate from Kutch to South Gujarat and from North Gujarat to West Gujarat.”