‘Lakiro’ to be the First Gujarati Film to Launch NFTs 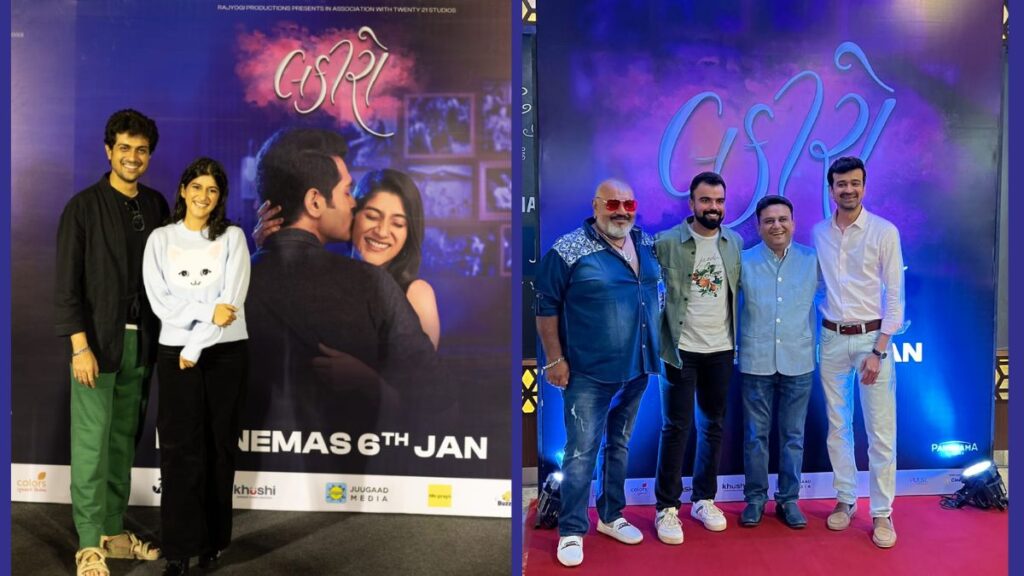 December 05: After the Trailer release of Upcoming Gujarati Film ‘Lakiro’, the makers have another good news to share. ‘Lakiro’ is the first Gujarati film to launch its on NFTs.  ‘Lakiro’ is a relationship based drama that revolves around a couple and their journey after the marriage. The film is a roller coaster ride of emotions, relationship and love. The film is written and directed by Dr. Darshan Ashwin Trivedi. Starring Raunaq Kamdar, Deeksha Joshi, Netri Trivedi, Shivani Joshi, Vishal Shah & Dharmesh Vyas in the lead roles.

This is a film by Rajyogi Productions in association with Twenty21 Studios, produced by Sneh Shah, Pranav Joshi, Dr. Darshan Ashwin Trivedi, Suryaveer Singh & Bharat Mistry. The NFTs will be launched by a chennai based company called Fangage labs on its platform called wowTalkies.

Title track of ‘Lakiro’ which has hit more than 2 million hits on youtube and the conversations around the film have already crossed 35 million views across platforms. Music is composed by Parth Bharat Thakkar and Lyrics given by Chirag Tripathi and Tushar Shukla . Parth Bharat Thakkar has added the flavor of Jazz with our Indian beats. This is the first time where Jazz has been used in such an extensive way. This is going to be Warner Music India’s first regional album.

Director Dr. Darshan Ashwin Trivedi who also teaches Media and Entertainment Management at MICA, adds, “Success of Films in India is a function of fandom. We saw growth in consumption and patterns of fans sharing content and grabbed this opportunity to tokenize our key creatives. The Idea is to give exclusivity to fans within the world of ‘Lakiro’. I am happy that ‘Lakiro’ is set to change the way how fandom works for Gujarati cinema.”Producer Sneh Shah added, “We are happy to introduce this innovation. NFT is a buzz word for international content. I am delighted to introduce NFTs for our Gujarati film. We are at a cusp of creativity and innovations. I am looking forward to see fan engagement through NFTs.”

The Film is Releasing on 6th January, 2023 in the cinemas near you.